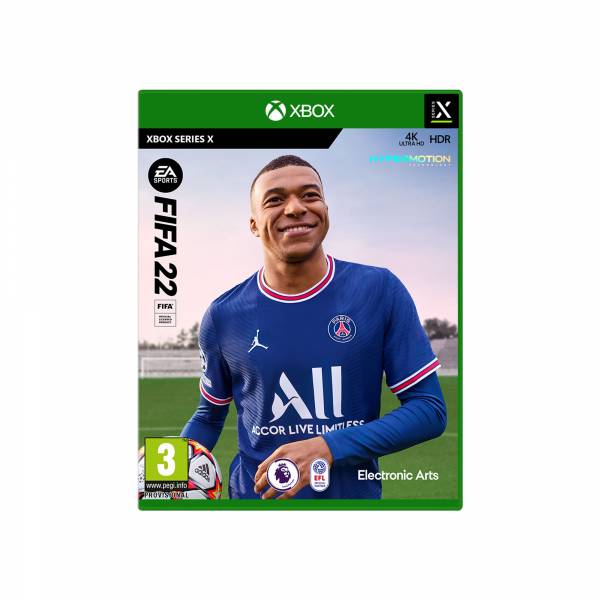 Moving the Game forward with next-gen HpyerMotion gameplay, Sony FIFA 22 for Xbox Series X elevates every moment on the pitch. Utilising motion capture caught from players playing at high intensity as well as machine learning, EA has created the most advanced and real-human-like football game to date, with the return of Volta football as well as career mode, ultimate teams, pro clubs and more!

Xsens suits enable motion capture from 22 professional footballers playing at high-intensity for the first time. This unprecedented volume of high-quality real-human movement data powers how both individuals and teams move across FIFA 22.

Our cutting-edge and proprietary machine learning algorithm learns from over 8.7 million frames of advanced match capture, then writes new animations in real time to create organic football realism across a variety of interactions on the pitch.