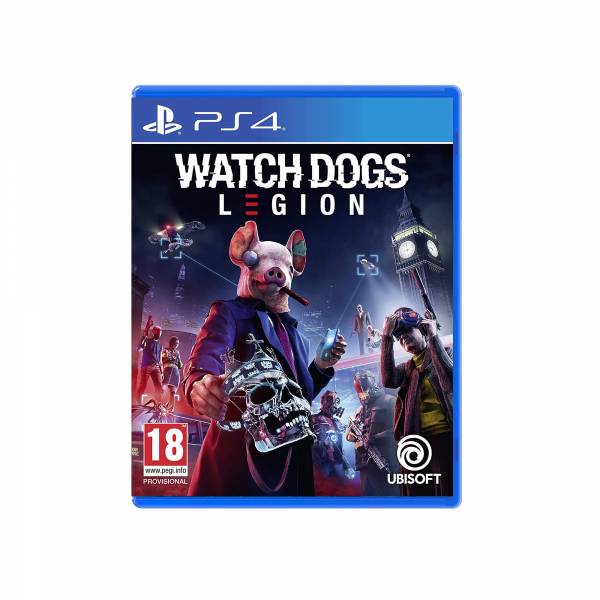 In the near future, London is facing its downfall. An all-seeing authoritarian state has oppressed the people, a corrupt private military corporation controls the streets, and a powerful crime syndicate is preying on the vulnerable. The fate of London lies with you, and your ability to recruit a resistance and fight back.

WATCH DOGS: LEGION delivers a never-before-seen gameplay innovation that allows you to recruit and play as anyone you see in the iconic city of London. Every single character in the open world is playable, and everyone has a backstory, personality and skill set that will help you personalise your own unique team. Recruit your friends and join the fight in online multiplayer to take back London in four-player co-op missions, end-game challenges, special game modes and events. Welcome to the Resistance!

Recruit anyone from the entire population of London into your resistance: from an MI6 agent to a tough bareknuckle fighter, or an inconspicuous old lady… Anyone you see can join your team and has a unique backstory, personality and skill set.

Personalise each member of your resistance and level them up by building out different skill sets, from hacking to stealth moves to all-out assault training. Customise further with unique outfits and iconic masks.

Play the game the way you want. A brand-new melee system and a wide range of weapons and abilities means that the way you approach combat has real consequences.