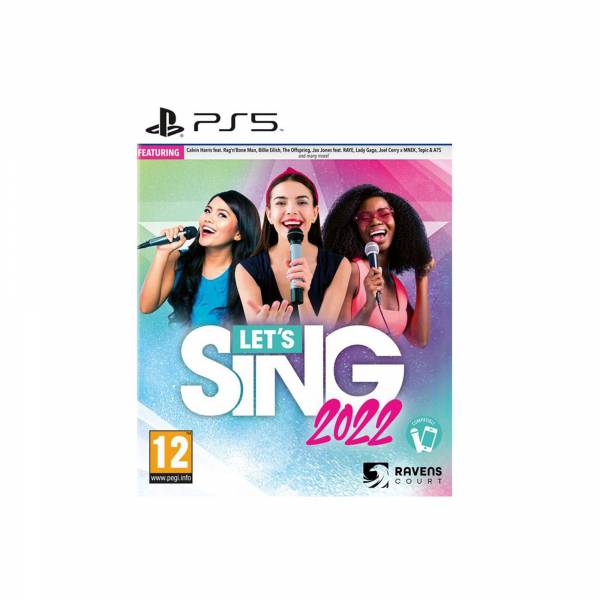 Sorry this product is currently out of stock
Please inform me as soon as the product is available again.
£49.99

Become the superstar you were meant to be with the new Lets sing 22 + Mic for Playstation 5. Featuring 30 new songs ranging from all-time to classics to the new mixes such as Ariana Grande "Positions", Billie Eillish's "Everything I wanted" or for the old-school you can jam to Backstreet boys "everybody (Backstreet)". Either practise your karaoke on your own or have a blast with up to 8 people.

Give it your all and become the superstar you were meant to be with a playlist that features current hits as well as classics that guarantee a blast from the past. Lady Gaga with "Stupid Love", Shawn Mendes & Justin Bieber with "Monster", Ariana Grande with "Positions", Jason Derulo & Jawsh 685 with "Savage Love (Laxed - Siren Beat)" or Billie Eilish with "everything I wanted" are just some of the smash hits featured in the latest entry into the Let's Sing series. If you want to travel back in time instead, how about the Backstreet Boys with "Everybody (Backstreet's Back)" or The White Stripes with "Seven Nation Army"?

-Your favourite Karaoke game on the next generation of gaming!

-Prove that you're the best singer in our Legend singleplayer mode. Earn stars and beat the bosses to claim the throne!

-No mic at hand? It doesn't matter - with the Let's Sing Mic app, you can turn your smartphone into a microphone in no time at all

-Co-op modes for up to eight players!

-More songs on the in-game store!