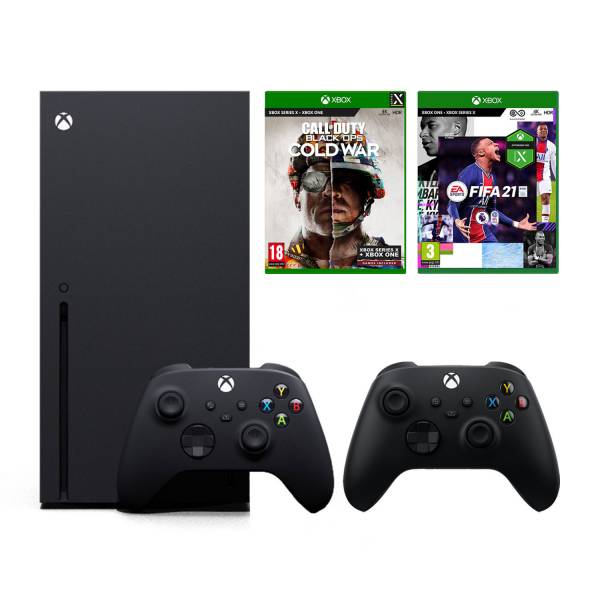 Sorry this product is currently out of stock
£699.00

Due to popular demand and limited stock availability of this item, there is a possibility that we could oversell. Orders will be allocated on a first-come, first serve basis. In the instance that this occurs, you will be contacted you advising we cannot fulfil the order and refund you in full.

Tekzone have created this limited edition bundle for the Xbox Series X Console. This console bundle includes the following:

The fastest, most powerful console ever created

The Microsoft Xbox Series X Console is designed to deliver the best gaming console experience. Experience 12TFLOP performance, true 4K gaming, with support up to 8K, High Dynamic Range, up to 120 frames per second for smooth gameplay, Xbox Velocity Architecture and next generation SSD for near instant loading times and Quick Resume so you get into your game within seconds.

Games built with the Xbox Series X development kit showcase significantly reduced load times and stunning visuals at up to 120 FPS. With Smart Delivery, you can buy a supported game once and always have the best available version for whatever console you play on.

From future adventures, to current obsessions, to classic titles, thousands of favourites across four generations of Xbox look and play best on Xbox Series X.

The 12 teraflops of processing power housed in the system on a chip (SOC) work with AMD’s Zen 2 and RDNA architectures to result in worlds that demand a closer look.

Together, the new system on a chip (SOC) and the Xbox Velocity Architecture put speed at your fingertips, and the 1TB custom SSD & CPU put the wheel in your hands, so you can go from 0-60 in up to 120FPS.