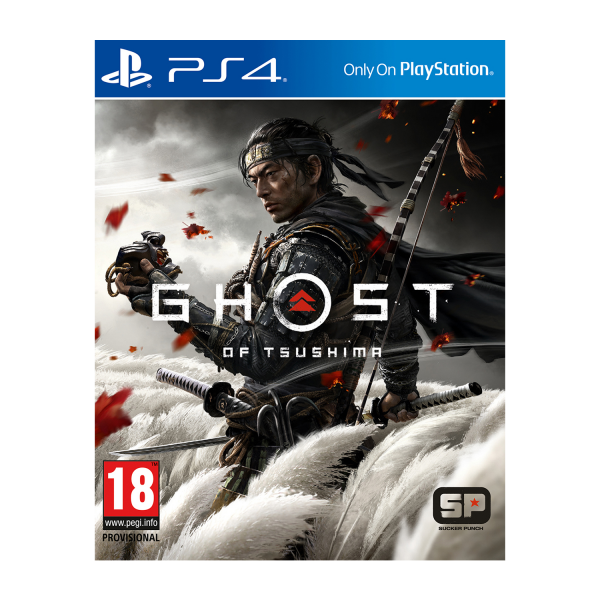 Sorry this product is currently out of stock
Please inform me as soon as the product is available again.
£49.99

Trustpilot
Description Reviews
Description
Experience the open-world island of Tsushima as it stands between the mainland of Japan and an... more
Close menu
Product information "Ghost Of Tsushima PS4 Game"

Experience the open-world island of Tsushima as it stands between the mainland of Japan and an invading Mongol fleet. Roam feudal Japan, meet a cast of characters, discover ancient landmarks, and engage in combat with roaming Mongol warriors as you master katana, stealth, bow and other techniques on your path to becoming the Ghost of Tsushima. You will play as Jin, one of the last Samurai, with everything taken from him he must use his knowledge and skill in the way of the Samurai as well an unconventional skillset to reclaim Tsushima.

Jin Sakai must set aside his samurai traditions and forge a new path, the path of the Ghost, and wage an unconventional war for the freedom of Tsushima.

In the late 13th century, the Mongol empire has laid waste to entire nations along their campaign to conquer the East. Tsushima Island is all that stands between mainland Japan and a massive Mongol invasion fleet led by the ruthless and cunning general, KhotunKhan. As the island burns in the wake of the first wave of the Mongol assault, samurai warrior Jin Sakai stands as one of the last surviving members of his clan. He is resolved do whatever it takes, at any cost, to protect his people and reclaim his home. He must set aside the traditions that have shaped him as a warrior to forge a new path, the path of the Ghost, and wage an unconventional war for the freedom of Tsushima.