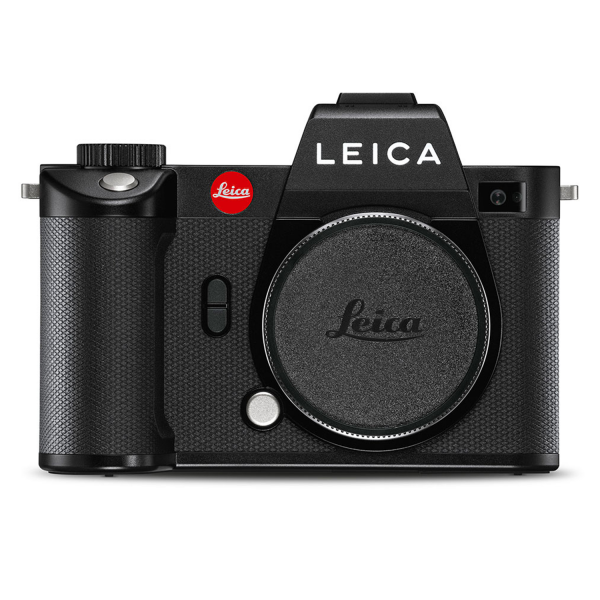 Sorry this product is currently out of stock
Please inform me as soon as the product is available again.
£5,300.00

Meet a new icon in the world of mirrorless technology and discover the most advanced professional photography systems on the market.

The SL2’s brand new full-frame CMOS sensor features 47.3 megapixels (almost double of the original SL) and was designed to minimise stray light by using only two glass surfaces: an RGB filter and a UV/IR filter. This design enables the maximum amount of light to reach the sensor, contributing to the SL2’s incredible image performance in all lighting conditions.

With an improved sensor, the new SL2 needed to be fitted with an upgraded processor. The new Maestro III processor is just that. Specifically developed for the specifications of the SL2, this processor was made to capture fast-moving subjects and can do so at a consecutive exposure rate of up to 20 frames per second.

A brand-new addition to the SL2 is the new multi-axis in-body stabiliser, which allows you use slower shutter speeds and longer lenses without the use of a tripod. This adds to the SL2’s perfect portability, a key advantage unmatched by photography and cinematography equipment of this calibre.

The SL2 is the first complete mirrorless system made to fully cater to both photography and videography professionals. A completely redesigned user interface menu allows you to switch between photo and video modes, giving instant access to only the relevant settings. All settings within video mode are video specific, essentially making the SL2 two entirely separate cameras combined in a single body. Furthermore, Cine Mode allows you to change the exposure terminology to that used in the cinematography industry (ie: F-Stops turn to T-Stops, ISO to ASA).

The SL2 has the ability to shoot video in 4k resolution at 60 fps using the full sensor size, making it comparable to top-of-the-line cinema equipment and allowing you to screen footage at maximum resolution even on the biggest movie screens. At 30 fps, the SL2 is even capable of 5k resolution at a 4:3 ratio.

Both card slots of the SL2 are now UHS-II compatible. This enables 4K at 30fps in 10bit (4:2:2) to be recorded directly to the internal memory cards, without the need for an external recorder. This makes the SL2 particularly versatile when shooting on-location and on the go. In-built headphone and mic jacks are complemented by a fully-fledged HDMI connector should an external monitor be required, no adapter necessary.

A significant milestone in technological advancement is brought to light in the SL2’s new autofocus. Set up with 225 autofocus metering fields and state-of-the-art face and body detection, getting a razor-sharp image of moving subjects has never been easier. Additionally to the classic AFc and AFs, the SL2’s iAF mode can be deployed to independently decide which AF mode best matches your needs.

There are now four fully customisable autofocus profiles. The Wildlife profile, for instance, caters to unpredictable movements and will automatically lower the autofocus’ depth-sensitivity responsiveness to account for subjects becoming obscured by their natural habitat.

With a new, advanced sensor and improved processor, the SL2 takes it yet another step further in low-light performance. The ISO range of 50-50,000 covers an array of lighting scenarios and the 14-stop dynamic range allows you to push shadows without blowing out highlights in post-production.

Further to that, the SL2’s electronic viewfinder was made to excel in any kind of lighting condition. The improved EyeRes viewfinder was cast out of a combination of glass and metal and features a medium format like magnification and a 5.76-megapixel resolution, making it the most immersive electronic viewfinder on the market today. With the option to change the refresh rate of the EVF up to 120fps, even quick panning movements maintain a steady image.

The ability to turn off automatic noise-reduction allows you to fire off one long exposure after the other without delay between shots.

In addition to the newly separated menus for still and moving images, the SL2 features a completely redesigned menu interference which has been streamlined to three buttons to the rear (a design users of other Leica systems will be familiar with), and a further five fully customisable buttons to easily access your favourite functions.

The rear LCD monitor is 3.5 inches and has 2.1 megapixels. Gorilla glass makes the display resistant to fingerprints and scratches while allowing full touch controls for menu navigation and autofocusing.

An evolution of design

The top and bottom plates of the SL2 are made of a single plate of machine-cut aluminium while the body is made of die cast magnesium, putting longevity and durability at the heart of the design. The original SL’s leatherette has been used to cover the full extent of the body, improving the camera’s grip. A finger-recess on the front of the grip further enhances the camera’s ease of holding, additionally supported by a body that is lighter than its predecessor.

Sealed with an official IP54 rating, the SL2 can withstand water spray from all directions and can be used in extreme weather conditions of -10 to +40 degrees Celsius.

What's in the Box?