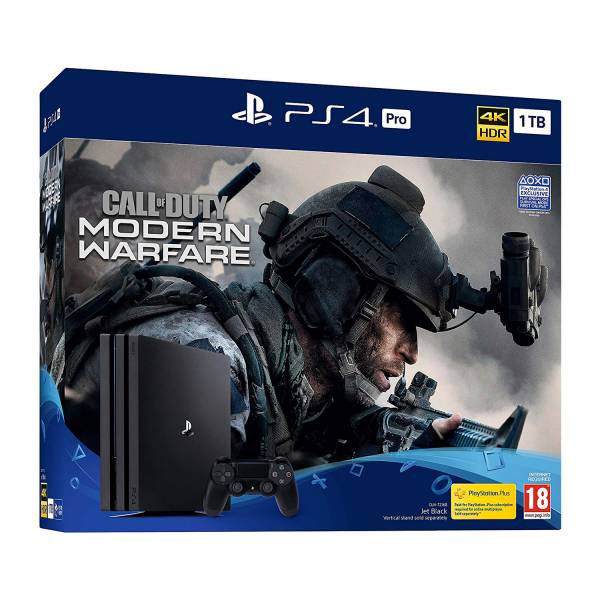 Sorry this product is currently out of stock
Please inform me as soon as the product is available again.
£379.99

PS4 Pro
Take your gaming experience to a new level with the PS4 Pro and play your games in beautiful 4K (with a compatible TV).

Multiplayer
Play in some of the most realistic environments in the franchise's history with fast-paced exciting action.
Customise your loadout with tons of different weaponry and killstreaks to suit your personal playstyle. Call of Duty Modern Warfare also has some of the largest multiplayer maps ever seen in a Call of Duty game.

Spec Ops
Pick up where the campaign concludes. In special ops you will fight your squamates to sever a global terror organisations access to weapons, funds and intelligence.
Play your way by either going in guns blazing or try moving through the expansive environment quietly.