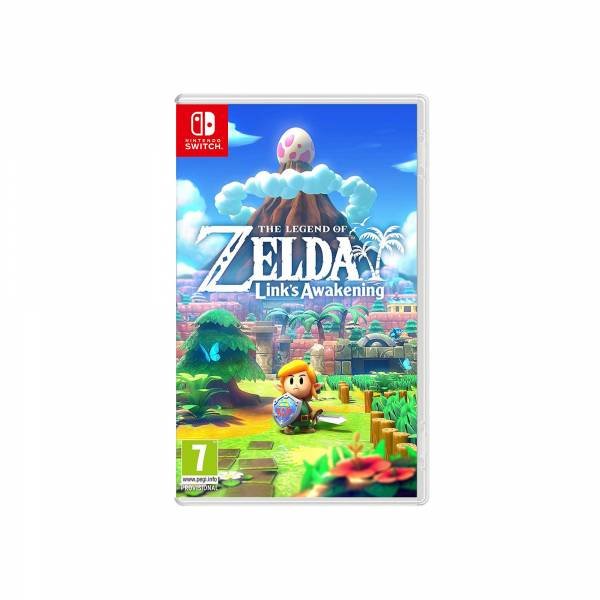 Trustpilot
Description Reviews
Description
After more than 25 years most of the most loved games in the Zelda series is returning. Legends... more
Close menu
Product information "The Legend of Zelda Link's Awakening Switch Game"

After more than 25 years most of the most loved games in the Zelda series is returning. Legends of Zelda Links Awakening is an opportunity to explore a reimagined Koholint Island that has been rebuilt with a brand new art style that will bring back long time fans as well as welcome new ones. Battle enemies as you conquer dungeons and uncover the hidden secrets of the island.

Link has washed ashore on a mysterious island with strange and colourful inhabitants. To escape the island, Link must collect magical instruments across the land and awaken the Wind Fish. Explore a re-imagined Koholint Island that’s been faithfully rebuilt in a brand-new art style that will entice fans and newcomers alike. Battle enemies as you conquer numerous dungeons and uncover the hidden secrets of the island. Encounter Super Mario enemies like Goombas, Piranha Plants, and more, and interact with unique locals who help Link on his adventure.

Thrown overboard by a storm, Link washes ashore on the mysterious Koholint Island. In order to return home, Link must overcome challenging dungeons and battle against fearsome monsters.

This new version of the classic adventure includes many unique elements that appeared in the original Game Boy release, such as 2D platformer-style rooms and appearances from characters outside of The Legend of Zelda series.

As you clear dungeons throughout the main story, earn dungeon rooms (Chamber Stones), then arrange them into custom layouts in the all-new Chamber Dungeon.